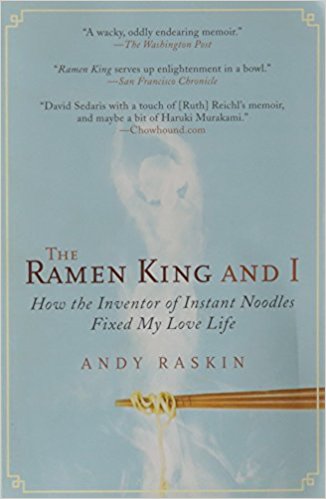 Funny, poignant and apparently true. I couldn't put this one down. (and there's even marketing in it).

What others thought about "The Ramen King and I"

For three days in January 2007,the most e-mailed article in The New York Times was "appreciations: Mr. noodle," an editorial noting the passing, at age ninety-six, of Momofuku Ando, the inventor of instant ramen. Ando's existence came as a shock to many, but not to Andy Raskin, who had spent three years trying to meet the noodle pioneer.

The Ramen King and I is Raskin's funny and, at times, painfully honest memoir about confronting the truth of his dating life-with Ando as his spiritual guide. Can instant ramen lead one to a committed relationship? And is sushi the secret to self-acceptance?

A true tale of hunger in its many forms, The Ramen King and I is about becoming slaves to our desires and learning to break free.

The Ramen King and I Reviews