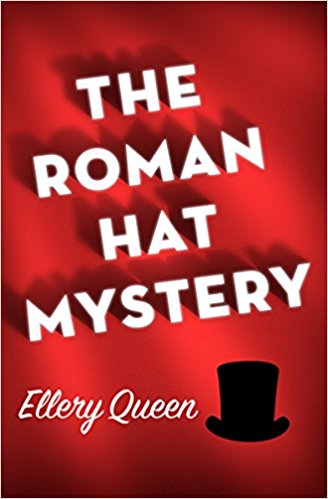 In 2017, Seth recommended "The Roman Hat Mystery" by Ellery Queen and said...

A hundred years ago, "everyone" wore a hat. If everyone meant men of a certain social stratum in certain cities. And people wore the hat because everyone else did.

What others thought about "The Roman Hat Mystery"

A murder in a crowded theater leaves a pack of suspects, but only one clue Despite the dismal Broadway season, Gunplay continues to draw crowds. A gangland spectacle, it's packed to the gills with action, explosions, and gunfire. In fact, Gunplay is so loud that no one notices the killing of Monte Field. In a sold-out theater, Field is found dead partway through the second act, surrounded by empty seats. The police hold the crowd and call for the one man who can untangle this daring murder: Inspector Richard Queen. With the help of his son Ellery, a bibliophile and novelist whose imagination can solve any crime, the Inspector attacks this seemingly impenetrable mystery. Anyone in the theater could have killed the unscrupulous lawyer, and several had the motive. Only Ellery Queen, in his debut novel, can decipher the clue of the dead man's missing top hat. "A new Ellery Queen book has always been something to look forward to for many years now." -Agatha Christie "Ellery Queen is the American detective story." -Anthony Boucher, author of Nine Times Nine Ellery Queen was a pen name created and shared by two cousins, Frederic Dannay (1905-1982) and Manfred B. Lee (1905-1971), as well as the name of their most famous detective. Born in Brooklyn, they spent forty-two years writing, editing, and anthologizing under the name, gaining a reputation as the foremost American authors of the Golden Age "fair play" mystery. Although eventually famous on television and radio, Queen's first appearance came in 1928, when the cousins won a mystery-writing contest with the book that would eventually be published as The Roman Hat Mystery. Their character was an amateur detective who uses his spare time to assist his police inspector uncle in solving baffling crimes. Besides writing the Queen novels, Dannay and Lee cofounded Ellery Queen's Mystery Magazine, one of the most influential crime publications of all time. Although Dannay outlived his cousin by nine years, he retired Queen upon Lee's death.