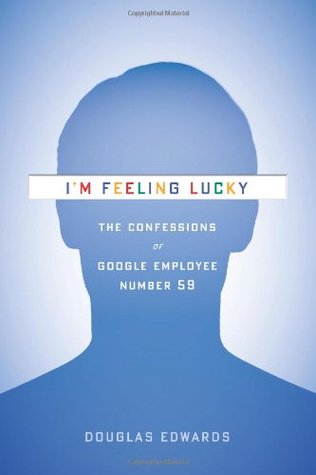 I can't get this one out of my head. It's not just an inside look at Google, it's an astonishingly honest take on what it is to be a cog, a sheep, a follower in a company filled with leaders. I wanted to shake Doug and push him to go fail, to do something, loudly.

What others thought about "I’m Feeling Lucky"

“An exciting story [that] shines light on the inner workings of the fledgling Google and on the personalities of its founders.”—The Daily Beast

In its infancy, Google embraced extremes—endless days fueled by unlimited free food, nonstop data-based debates, and blood-letting hockey games. The company’s fresh-from-grad-school leaders sought more than old notions of success; they wanted to make all the information in the world available to everyone—instantly. Google, like the Big Bang, was a singularity—an explosive release of raw intelligence and unequaled creative energy—and while others have described what Google accomplished, no one has explained how it felt to be a part of it. Until now.

As employee number 59, Douglas Edwards was a key part of Google’s earliest days. Experience the unnerving mix of camaraderie and competition as Larry Page and Sergey Brin create a famously nonhierarchical structure, fight against conventional wisdom, and race to implement myriad new features while coolly burying broken ideas. I’m Feeling Lucky captures the self-created culture of the world’s most transformative corporation and offers unique access to the emotions experienced by those who virtually overnight built one of the world’s best-known brands.

“Edwards does an excellent job of telling his story with a fun, outsider-insider voice. The writing is sharp.”—Boston Globe

“An affectionate, compulsively readable recounting of the early years of Google.”—Publishers Weekly