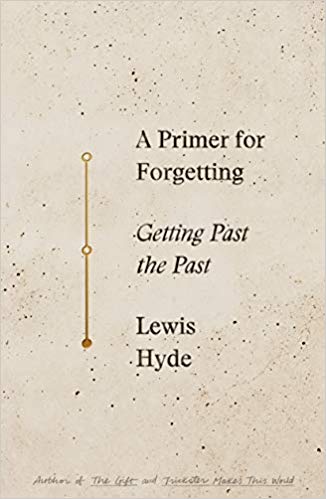 In 2019, Seth recommended "Forgetting" by Lewis Hyde and said...

Lewis Hyde, author of the seminal The Gift, only writes a book a decade. The new one is due soon, I’ll be adding it to my stack on pub day. It’s called Forgetting.

What others thought about "Forgetting"

“One of our true superstars of nonfiction” (David Foster Wallace), Lewis Hyde, author of The Gift and Trickster Makes the World, offers a playful and melancholy defense of forgetfulness by exploring the healing effect it can have on the human psyche.

We live in a culture that prizes memory—how much we can store, the quality of what’s preserved, how we might better document and retain the moments of our life while fighting off the nightmare of losing all that we have experienced. But what if forgetfulness were seen not as something to fear—be it in the form of illness or simple absentmindedness—but rather as a blessing, a balm, a path to peace and forgiveness?

A Primer for Forgetting is a remarkable experiment in scholarship, autobiography, and social criticism by the author of the classics The Gift and Trickster Makes This World. It forges a new “history of forgetfulness” by assembling fragments of art and writing from the ancient world to the modern, weighing the potential boons forgetfulness might offer the present moment as a philosophical and political force. It also turns inward, using the author’s own life and memory as a canvas upon which to extol the virtues of a concept too long taken as an evil.

Drawing material from Hesiod to Jorge Luis Borges to Elizabeth Bishop to Archbishop Desmond Tutu, from myths and legends to very real and recent traumas both personal and historical, A Primer for Forgetting is a unique and remarkable synthesis that only Lewis Hyde could have produced.

A Primer for Forgetting Reviews