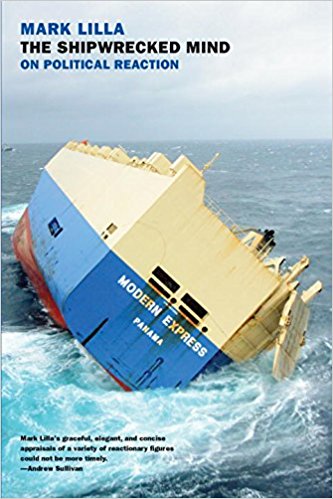 In 2016, Seth recommended "The Shipwrecked Mind" by Mark Lilla and said...

What others thought about "The Shipwrecked Mind"

A sense of nostalgia, of not feeling at home in the present, and an attempt to recover a lost philosophical or religious tradition characterize the twentieth-century intellectuals whose work Mark Lilla investigates in The Shipwrecked Mind.

From Franz Rosenzweig, who sought to lead assimilated Jews away from the world of history and politics and back to the sources of Jewish tradition, to Leo Strauss, who tried to recover the Socratic tradition in philosophy, to Eric Voegelin, who wrote a multivolume universal history to explain human consciousness, to the rediscovery of Saint Paul by former Marxists, Lilla traces an intellectual craving for theological-political mythmaking, for a grand historical narrative--an "imaginative assemblage of past events and ideas and present hopes and fears"--that can locate humanity's wrong turn on the path to modernity, and help us return to philosophical or religious truth.