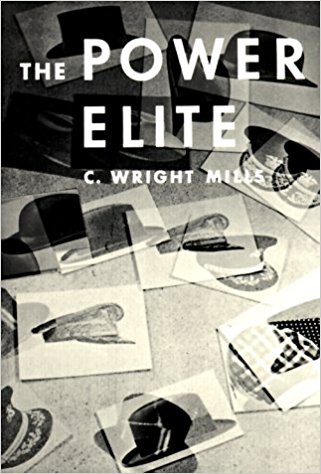 The first book to dive deep into the privileged class of American corporations and politics (largely the same group). Mills makes an overwhelming case that there was a caste system running our country, our schools, and our corporations. The vestiges still remain, but it's changing, in some places faster than others.

What others thought about "The Power Elite"

The Power Elite is an influential book written by the sociologist, C. Wright Mills. It called attention to the interwoven interests of the leaders of the military, corporate & political elements of society, suggesting that ordinary citizens were a relatively powerless subjects of manipulation by those entities. The structural basis of The Power Elite was that, following WWII, the USA was the leading country in military & economic terms.
The book is something of a counterpart of his 1951 work, White Collar: The American Middle Classes, which examined the growing role of middle managers in society. White Collar characterized middle managers as agents of the elite, The Power Elite didn't differentiate them from the rest of the non-elite in society.
A main inspiration for the book was Franz Leopold Neumanns book Behemoth: The Structure & Practice of National Socialism in 1942, a study how Nazism come in position of power in a democratic state. Behemoth had a major impact on Mills. He claimed that Behemoth had given him the "tools to grasp & analyse the entire total structure & as a warning of what could happen in a modern capitalist democracy" (Mills: Power, Politics & People. NY, 1963 p.174).