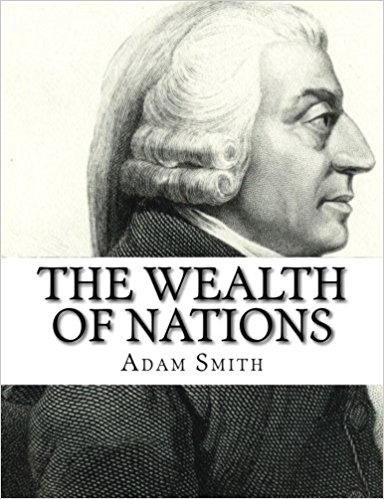 In 2012, Seth recommended "The Wealth of Nations" by Adam Smith and said...

There may be a reason to read this entire book, but if there is, it eludes me. The Cliffs Notes are sufficient.

What others thought about "The Wealth of Nations"

The Wealth of Nations was published 9 March 1776, during the Scottish Enlightenment and the Scottish Agricultural Revolution. It influenced a number of authors and economists, as well as governments and organizations. For example, Alexander Hamilton was influenced in part by The Wealth of Nations to write his Report on Manufactures, in which he argued against many of Smith's policies. Interestingly, Hamilton based much of this report on the ideas of Jean-Baptiste Colbert, and it was, in part, Colbert's ideas that Smith responded to with The Wealth of Nations. Many other authors were influenced by the book and used it as a starting point in their own work, including Jean-Baptiste Say, David Ricardo, Thomas Malthus and, later, Ludwig von Mises. The Russian national poet Aleksandr Pushkin refers to The Wealth of Nations in his 1833 verse-novel Eugene Onegin.

The Wealth of Nations Reviews