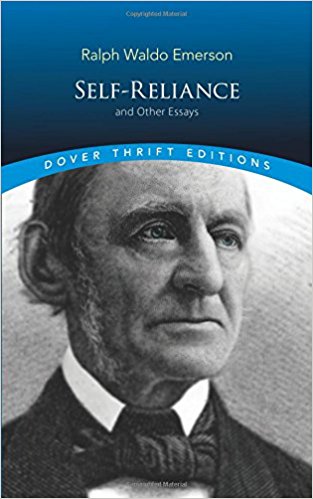 In 2017, Seth recommended "Self-Reliance and Other Essays" by Ralph Waldo Emerson and said...

What would happen if the next all hands meeting got cancelled and instead the organization had an all hands-on read instead?

Here are more than twenty books you might want to read at work today. You and ten co-workers reading together... it might change everything

What others thought about "Self-Reliance and Other Essays"

Essayist, poet, and philosopher, Ralph Waldo Emerson (1803–1882) propounded a transcendental idealism emphasizing self-reliance, self-culture, and individual expression. The six essays and one address included in this volume, selected from Essays, First Series (1841) and Essays, Second Series (1844), offer a representative sampling of his views outlining that moral idealism as well as a hint of the later skepticism that colored his thought. In addition to the celebrated title essay, the others included here are "History," "Friendship," "The Over-Soul," "The Poet," and "Experience," plus the well-known and frequently read Harvard Divinity School Address.

Self-Reliance and Other Essays Reviews