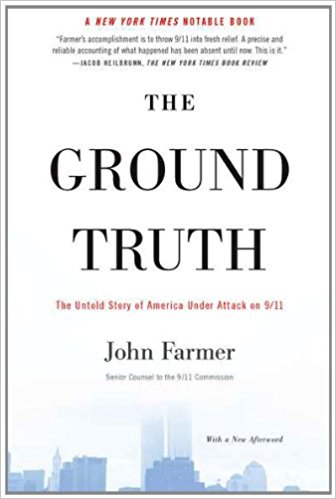 In 2009, Seth recommended "The Ground Truth" by John Farmer and said...

I think the ability to change your mind is one of the most important skills of our age. Do you do it often? Taking a look at the reviews of this book, it's pretty clear that this is a rare and difficult skill. It's worth developing, I think.

What others thought about "The Ground Truth"

From the senior counsel to the 9/11 Commission, a mesmerizing real-time portrayal of September 11th, 2001, why we weren’t told the truth, and why our nation is still at risk

As one of the primary authors of the 9/11 Commission Report, John Farmer is proud of his and his colleagues’ work. Yet he came away from the experience convinced that there was a further story of the September 11th attacks to be told, one he was uniquely qualified to write.

Now that shocking story can be told. Tape recordings, transcripts, and contemporaneous records that had been classified have since been declassified, and the inspector general’s investigations of government conduct have been completed. Drawing on his knowledge of those sources, as well as his years as an attorney in public and private practice, Farmer reconstructs what happened on September 11th, 2001 and the disastrous circumstances that allowed it: the institutionalized disconnect between what those on the ground knew and what those in power did. He details—terrifyingly and illuminatingly—the key moments in the years, months, weeks, and days that preceded the attacks, then descends almost in real time through the attacks themselves, portraying them as they have never before been seen.

Ultimately, Farmer builds the inescapably convincing case that the official version not only is almost entirely untrue but serves to create a false impression of order and American national security. The result is "a major, carefully documented and deeply disturbing book, one that deserves the most serious attention of every American concerned about our future" (Haynes Johnson, Pulitzer Prize winner and bestselling author).